Halloween season is upon us. All over America, children and their families will dress up in their favorite costumes, attend a festive party or two, and go trick-or-treating around their neighborhoods. As you embark on some Halloween fun, you will likely see many superheroes bustling about – maybe even your own son or daughter!

With movies like the Avengers peaking in popularity this year, some of the top-picked costumes this Halloween are superheroes. From Marvel to DC Comics, our current pop culture loves honoring these masked crusaders on All Hallows Eve. What many may not know, however, is that many of these superheroes were adopted.

In celebration of the spooky season, we decided to highlight some of the most popular superheroes of our time who were adopted. Perhaps it is their background, their adoption story, that gives them their super-strength and passion for protecting others! Read on as we share the stories of some of our favorite adopted superheroes.

As the classic comic goes, baby Kal-El comes crashing down to Earth from the planet Krypton like a meteor. His parents, Jonathan and Martha Kent, discover him, adopt him, and name him Clark. As he grows, he realizes that he has superhuman abilities, such as incredible strength and the ability to fly. His adoptive parents encourage him to use his powers for good. He goes on to help innocent people in danger from evil villains. In order to protect his privacy, Clark Kent lives a double life, wherein he is a normal guy who wears glasses in his everyday life, but secretly changes into a striking blue suit and red cape to fight crime. Thanks to his kind and loving parents, Superman is the ultra-superhero we all know and love. In fact, he is considered one of the best-selling comic superheroes of all time! 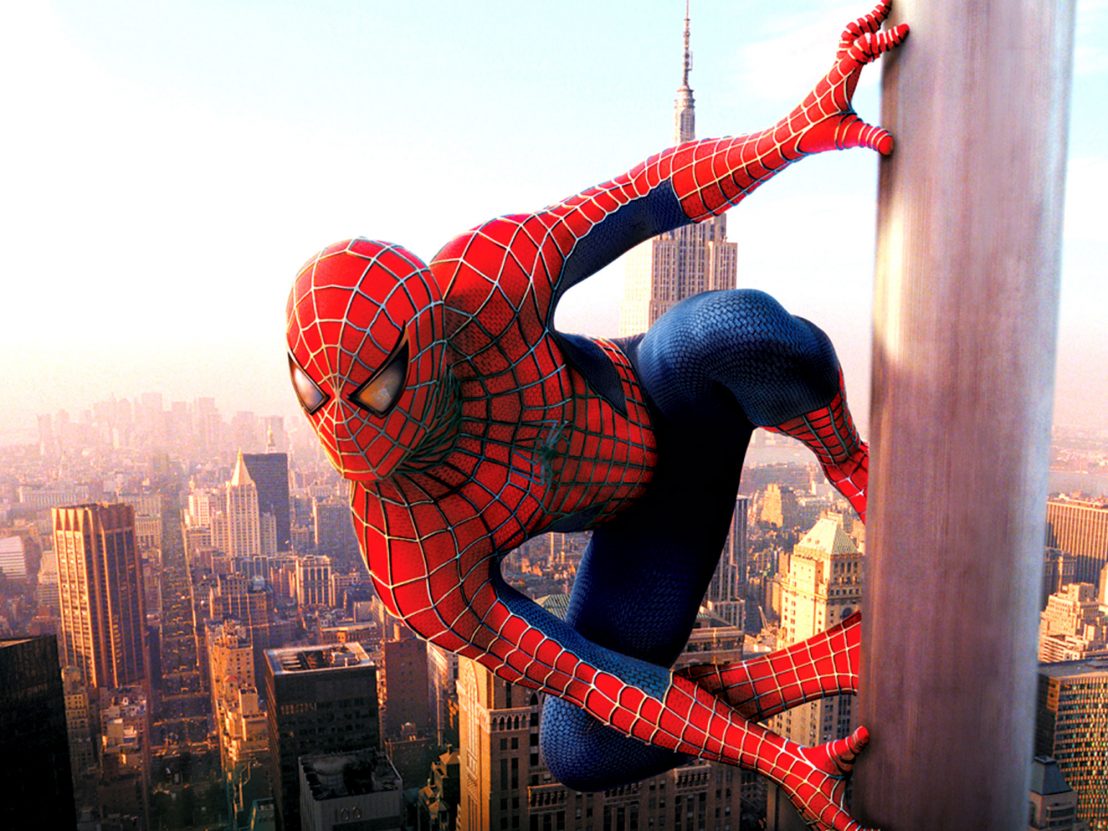 Peter Parker grew up with his Aunt May and Uncle Ben looking after him in New York City. A bite from a retroactive spider gave him arachnid abilities, such as clinging to surfaces, shooting spiderwebs from wrist-mounted devices, and detecting danger with his “spider senses.” Even though he was a quiet science wiz who could have used his powers to help himself, he decided to use his powers to help others. He wore a spandex, spider-like bodysuit and kept his identity from his guardians, to protect them from his dangerous double life. As his wise Uncle Ben told him, “With great power comes great responsibility.” Spider-Man, much like Superman, is one of the most iconic superheroes of our time. His costume is always a popular choice among little trick-or-treaters, too.

Kara Zor-El, better known as Supergirl, is Superman’s cousin. She takes on the identity of Linda Lee, an orphan who disguises herself with a brunette wig and helps the world by saving one person at a time. She also becomes “Superman’s Secret Weapon,” helping him many times before he introduces her to the public. For a time, while she is powerless due to a scheming villain, Linda is adopted by engineer and rocket scientist Fred Danvers and his wife, Edna. Eventually, Linda reveals her superhero identity to her adoptive parents, and this happens on the same day her cousin, Superman, introduces her to the world. Supergirl is a truly female rockstar for young girls to look up to, and her story has been told many times in TV and film. 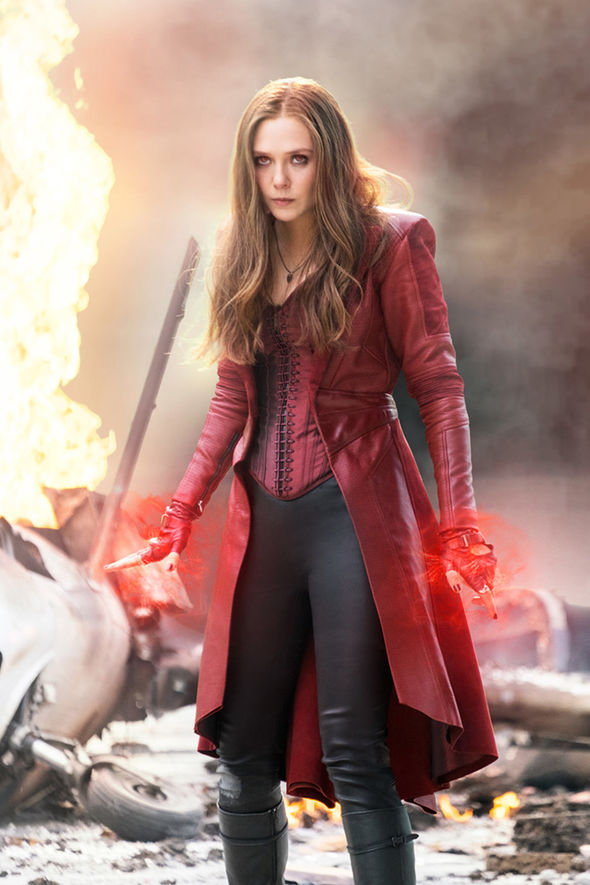 Another strong female superhero is the iconic Scarlet Witch, recently portrayed on the big screen in the “Captain America” and “Avengers” films by Elizabeth Olsen. Created by Stan Lee himself in the 1960s, this Marvel star was really the unknown biological offspring of supervillain Magneto. According to the story of the 70s, Scarlet Witch and her brother are left in the care of their adoptive Romani parents and she is raised as Wanda Maximoff (later known as Wanda Frank). Much like the other superheroes mentioned in this list, Scarlet Witch has scientifically-enhanced magical powers, such as reality warping, probability, matter and time manipulation, and teleportation. This super cool superhero is a modern-day icon for young girls today. 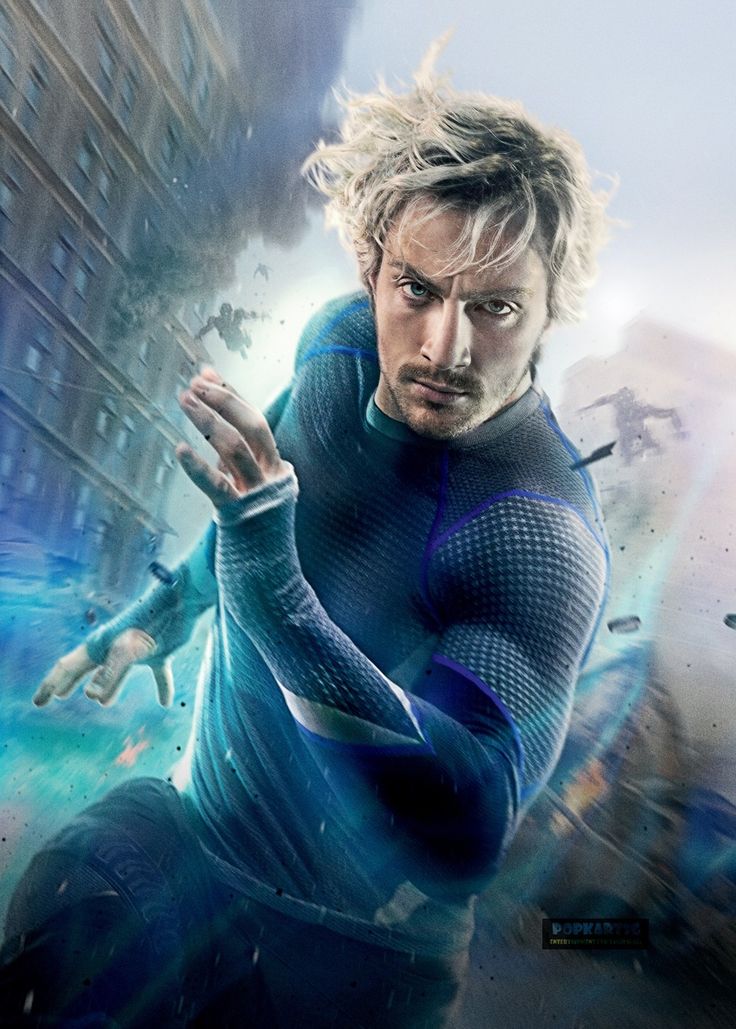 As the name would suggest, Quicksilver has the superhuman ability to move at incredible speed. This Marvel character is most commonly found in “X-Men” stories, but later becomes a true superhero with the “Avengers” team. Quicksilver is the twin brother of Scarlet Witch, and therefore was adopted with his sister. In 2006, he was ranked at number 23 on Imagine Games Network’s list of “The Top 25 X-Men Of All Time”, being described as “…the shining example of a villain turned good.” Superhero Tony Stark is adopted. Many kids love to dress up as the iconic Marvel superhero, but may not know about his complex family history. Tony’s brother, Arno, is the biological son of Howard and Maria Stark. As Tony later learned, the Starks adopted him as a cover after Arno’s health deteriorated as a baby. The identities of Tony’s birth parents were not revealed for many years. Tony’s birth mother, British Radio DJ Amanda Armstrong, was finally revealed to fans in 2016. The following issue revealed that his birth father was a SHIELD agent code-named Jude. Jude turned out to be a Hydra mole, forcing Amanda to place her baby for adoption. 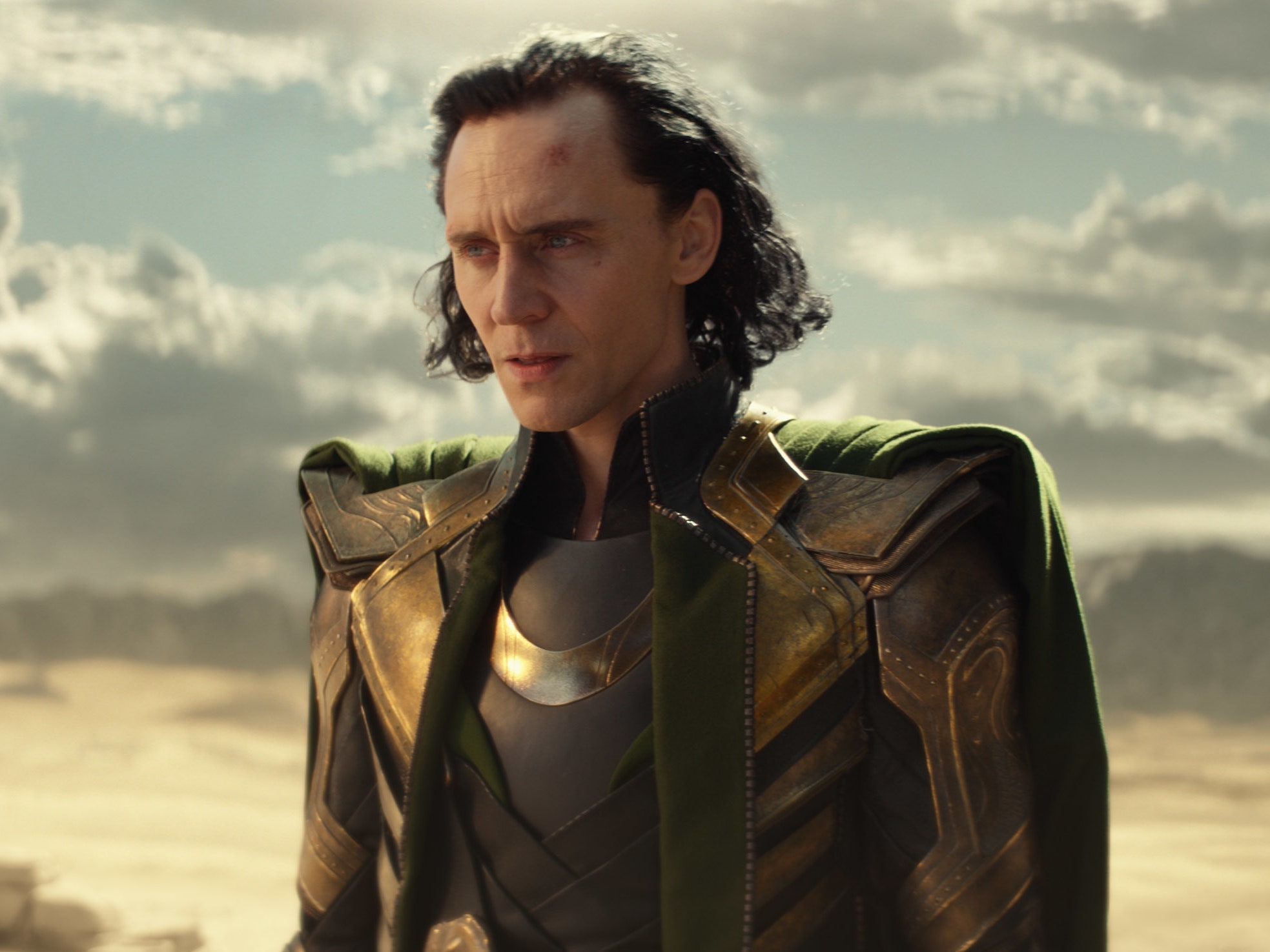 “The Avengers” have another character with an adoption storyline: Loki. Loki was born a Frost Giant, the race of the mortal enemies of Asgard. Odin adopted Loki and so he grew up as a prince, with Thor as his loving brother. During the movie “Thor,” when Thor was sent to Earth, Loki learned the truth about who he is and where he came from. Feeling betrayed about never knowing his true past, he took the throne while his father, Odin, was in an Odinsleep. Once Loki took the throne, he became corrupt with power. This sets off the plot wherein Loki becomes the opposite of a superhero – he transforms into a villain.

This storyline explores the complicated emotions that can arise from a closed adoption wherein an adoptee is not told the truth about their own adoption and background. While an evil villain like Loki is not the shining example of adoption that children should look up to, his tale can be used to explain why open adoption is so important and how valuable it is to know and understand your roots. 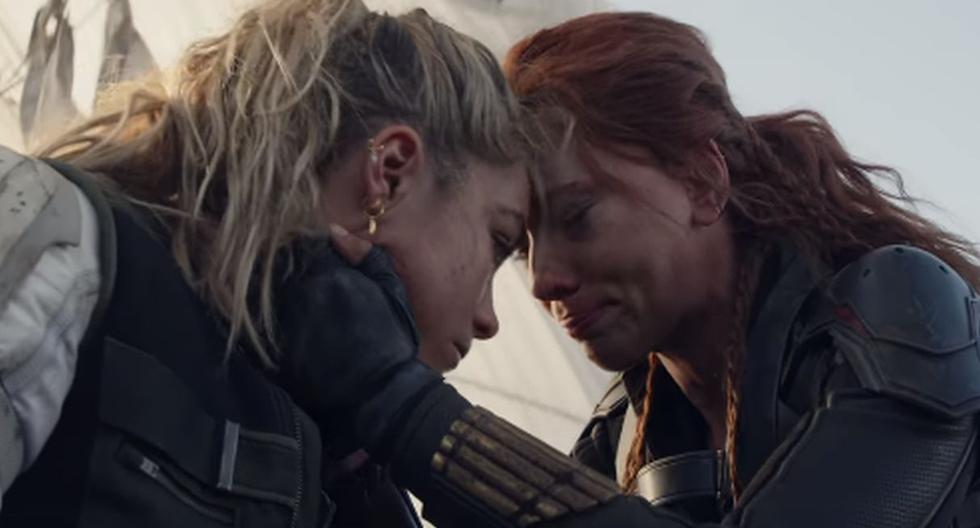 Fans of “The Avengers” flocked to theatres (and streamed online) when Disney released “Black Widow” in 2021. Instead of diving into Natasha’s past, as many fans might have expected, the film focuses on her sister, Yelena Belova, who was adopted. In the movie, Yelena is on a mission to free her fellow Red Room agents. Many film critics have stated that the film is more about Yelena than the Black Widow herself.

The movie starts with a glimpse into Natasha’s childhood, as she and three other Russian agents are embedded in the U.S. as a sleeper cell. Yelena is only a small child when they are both handed back over to the Red Room to be trained as assassins. Years later, the action picks up when Yelena is freed from the Red Room’s mind control. The two sisters join forced to try and take down Dreykov and the Red Room from within. Throughout this journey, viewers learn more about the story of their family. 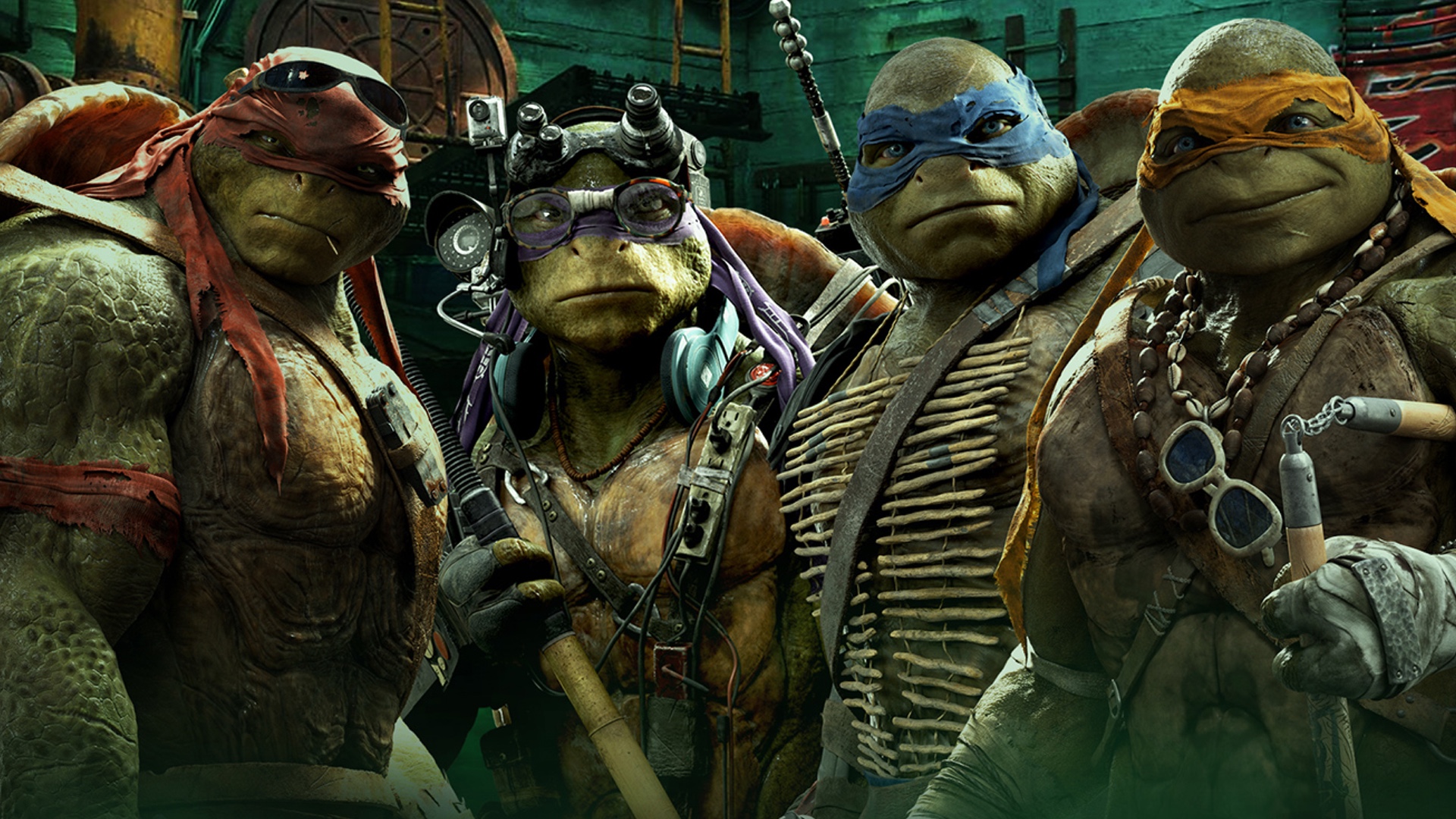 The Teenage Mutant Ninja Turtles have been a popular part of American culture for decades.

Adoptive parents today may have fond memories watching the TV series in the ‘90s, but their kids may be fans with more recent films being released about these crime-fighting turtle superheroes. Donatello, Michaelangelo, Raphael, and Leonardo are adopted – as baby turtles – by a Japanese rat who discovers they are dripping with a strange ooze before they mutate into human-like turtles. The history of these unique superheroes is about as complex as adoption itself.

“They are adopted children of a rat from Japan. They’re being raised by a single dad who isn’t even the same species as they are and who has his own history and baggage but came to N.Y. and is trying to build a life for his children,” Author Richard Rosenbaum says. “They’re a complex metaphor for the multicultural society we live in.”

So there you have it. Nine strong characters to share with your little one this Halloween, as shining examples of superheroes who were adopted at a young age. If you are looking for a last minute costume idea, any of the aforementioned crusaders will be easy enough to pick up at your local Halloween shop. Happy trick-or-treating!

If you would like to learn more about adoption, contact Adoptions With Love any time, day or night. Our caring staff can assist you and answer all of your questions. Reach out to us at 1-800-722-7731, or visit us online: adoptionswithlove.org/contact-us.