ABC’s longest-running drama series, Grey’s Anatomy, is setting records this month with its fifteenth season, which kicked off on September 27th. The hit television series delves into the stories, the work, the relationships, and the passion of ambitious medical staff members at Grey Sloan Memorial Hospital. What you may not realize, though, is how much Grey’s Anatomy also touches on adoption.

While not always at the forefront, adoption has remained a constant in the storylines of Grey’s Anatomy. Throughout its fourteen seasons, we have gotten to know adoptive parents, birth parents, as well as adoptees. We have watched stories about foster care, about search and reunion, and about identity formation in adopted children.

With the season 15 having just begun, Adoptions With Love talks about the role of adoption in Grey’s Anatomy – and how it touches some of our favorite Grey’s characters – below. Perhaps the most well-known adoption story in Grey’s Anatomy is that of Zola. Zola Grey Shepherd, formerly Zola Limbani, was a six-month-old orphan when she first came to Seattle Grace hospital. She was one of a group of young patients from the Namboze Clinic in Malawi, Africa, and was there to be treated for spina bifida – a birth defect of the spine. While treating Zola, Doctor Derek Shepherd fell in love with the little girl. He later suggested to Meredith that they adopt Zola. At this time, Meredith had been struggling with infertility and the couple was unsure if they could have children biologically.

“I was holding her yesterday, and she was crying and then she stopped. And I’ve held a lot of babies, I’ve fixed a lot of babies. But, I looked down at Zola, and I don’t know what it was, but I just couldn’t imagine her being with any other parent or with any other family. We’ve been trying so hard to start a family, and she needs one. Let’s adopt her.” – Derek Shepherd, Season 7

After several interviews with a social worker and careful review by the court, the adoption of Zola was finalized. Meredith and Derek became parents in Season 8 of Grey’s Anatomy.

If you are a Grey’s Anatomy fan, you likely know the long-winded love story of Callie and Arizona, and in later episodes, their daughter, Sofia. Callie is Sofia’s mother by birth, and Arizona is Sofia’s mother by adoption. Arizona adopted Sofia after realizing that, as Callie’s partner, she is very much a part of Sofia’s life and wished for it to stay that way forever. Arizona received legal parental rights and Sofia became her daughter on paper in Season 8 of Grey’s Anatomy.

Arizona and Callie went through some hardships in later episodes, resulting in Callie’s move across the country and a custody battle over which mama would keep Sofia in their care. In court, Callie’s lawyer questions Arizona’s role as a mother, inferring that she is not the real mother of Sofia. Arizona cuts her off, making a passionate speech about the realness of her motherhood:

“I’m going to have to stop you before you continue, for your own sake. You’re not going to imply that I’m any less Sofia’s mother because we don’t share the same DNA. Because that would be offensive. It would be offensive to anyone in the room who has an adopted child or is an adopted child, and for you to say that… I chose to be Sofia’s mother… and it was the best choice that I ever made.” – Arizona Robbins

Maggie Pierce was introduced in Season 10 of Grey’s Anatomy, as the new Head of Cardio at Grey Sloan Memorial Hospital. She was adopted as a baby and raised in Boston by two loving parents. She went to medical school and finished early, before fully knowing who her biological parents were. Turns out, they were doctors themselves. Two years prior to taking the job at Grey Sloan, Maggie started searching for her birth mother. She went to court to open her adoption records, and found out her birth mother was the amazing Seattle surgeon, Ellis Grey. When Maggie got the job interview, she knew she had to go. 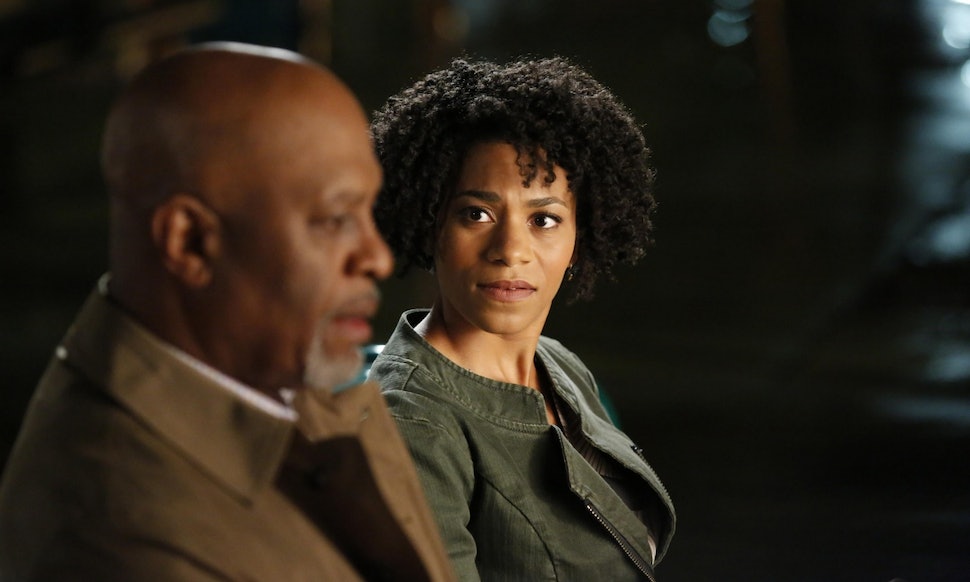 Maggie’s biological parents are Ellis Grey and Dr. Richard Webber, making her the half-sister of Meredith Grey. However, upon coming to Seattle, Maggie had no knowledge of her biological father or her sister. They had no knowledge of her, either. Ellis and Richard had an affair long ago, and Ellis Grey was suffering illness. As a result, she placed Maggie for adoption. Meredith was only five years old.

This plotline is particularly special as we see Maggie connect the puzzle pieces and learn more about her biology, her adoption story, and her identity as a result. We see her deeply connect with her birth father and biological sister, while maintaining a strong relationship with her adoptive parents out East.

Throughout Owen’s storyline, it is clear that he wants nothing more than to become a father. In both his marriages, to Christina and then Amelia, his wives did not have the same desire to have children. In the most recent season of Grey’s, however, Owen finally gets his chance to become a dad. He files to foster-to-adopt, a program that would enable him to foster and potentially adopt a child who is in the welfare system. Owen expects to adopt an older child, because of the many teens in foster care needing forever homes.

Not long after he files, Owen receives a call. A social worker is coming over with a baby boy named Leo. We find out that Leo was placed in the foster care system (perhaps temporarily) because his birth mother, Betty, is unable to care for him at the time. She is battling an opiate addiction and is also homeless. Leo’s biological father is her drug dealer.

While their storyline has not played out in full yet, we can already see that Owen has connected with Leo and loves him as a son. Will he get the opportunity to become Leo’s forever dad? We will find out in Season 15! If Owen adopts Leo, though, we anticipate that an open adoption situation will be arranged, so that Leo, Betty, and Owen can all stay in touch.

Izzie is a Birth Mom

Izzie Stevens was an intern and later resident in early seasons of Grey’s Anatomy, alongside characters like Meredith Grey, Cristina Yang, and George O’Malley. But did you know that she was also a birth mother? Before her career as a surgeon, at just a mere 16-years-old, Izzie faced an unplanned pregnancy. She also faced many hardships as a teen, having no friends due to her pregnancy and working hard to save for college on her own. Knowing she could not provide her daughter with the life she deserved, and knowing that Izzie had goals to become a doctor, she ultimately chose to make an adoption plan for her daughter.

In Season 2 of Grey’s Anatomy, as a doctor at the hospital, Dr. Stevens encounters a young new mother who is contemplating adoption for her newborn daughter.  She is struggling with her decision as she wants to be a good mom.  Dr. Stevens tells her “there is more than one way to be a good mother.”

Izzie wished to name her daughter Sarah, but her adoptive parents named her Hannah Klein. After 11 years, Izzie meets Hannah’s parents at the hospital. We learn that, at 11-years-old, Hannah is suffering from leukemia and in need of a bone marrow transplant. Izzie donates bone marrow to save her biological daughter’s life.

Fun Fact: Actress Katherine Heigl, who played Izzie on Grey’s Anatomy, is an adoptive mother! Read about her adoption story in our article here.

Shonda Rhimes is an Adoptive Mama

Shonda Rhimes, the creator of Grey’s Anatomy, does more than just write adoption storylines – she also has a personal adoption story to share! The award-winning writer and producer is also the single mother of three daughters – Harper, Emerson, and Beckett. Rhimes adopted her oldest daughter, Harper, in June 2002 and adopted Emerson years later in February 2012. In September 2013, Rhimes welcomed her third daughter via surrogacy.

There are many other adoption stories weaved into the Grey’s Anatomy plot, but these are a few of our favorites. What do you think about how adoption is portrayed in Grey’s Anatomy? What do you look forward to in Season 15? Let us know in the comments below!

If you would like to learn more about adoption, please do not hesitate to reach out to Adoptions With Love. We extend our help and free adoption services to women facing unplanned pregnancies across the United States. We also help aspiring parents in Massachusetts build their families through adoption. Contact 800-722-7731 to learn more.