Halloween is just around the corner – meaning that the time to prepare for goblins and ghosts, superheroes and superstars, tricking and treating is now upon us.  If you are a parent of a child over the age of two, this time of Halloween preparation especially pertains to you.

Like many, your child may already have a grand plan for the perfect costume in his or her head.  Perhaps your son or daughter has already dragged you to the Halloween store to pick it out.  Or, maybe you have been busy crafting that one-of-a-kind disguise for your little one.

Adoptions With Love recently had a little visitor stop into our office – a young girl who had been placed for adoption through our agency just a few years back.  Next to her adoptive parents, at just over two-feet tall, the little girl stood proud as she showed off her tee shirt.  It read, “Superman Was Adopted.”

If you know the famed story of Superman, you likely know that he was adopted as a baby.  Like many of us, you may not have previously made the connection.  Superman was born on Krypton, a planet that was headed for destruction.  In efforts to save their son, Superman’s birth parents sent him on a spacecraft to planet Earth, where he landed in the farm lands of Jonathan and Martha Kent.  When the Kent family found the child, they decided to raise him as their adopted son and named him Clark.

Growing up, Clark Kent had superhuman powers that he struggled to understand and made him feel different from the other kids at school.  Even when Clark extraordinarily saved his classmates from a drowning school bus, his peers perceived him as weird and different.

That is when Clark’s father, Jonathan Kent, decided to reveal the truth about Clark’s history.  He took him down to the barn and unveiled the very spacecraft that brought Clark to Earth.  It is in this moment that Clark realizes the Kents are not his birth parents. He had no knowledge of his history beyond the spaceship.

If you have seen the 2013 movie Man of Steel, you may remember the one scene where Clark Kent comes face-to-face with the spirit of his birth father, Jor-El.  In this scene, Jor-El tells Clark everything about where he came from and who he was.  Clark learns about his heritage and lineage, who his birth parents were, and why they had chosen this path for him – to give him a better life.  His birth father explains that he sent Clark off to Earth out of deep love, for his protection and his best interest.

Superman’s story has long-been acclaimed the “greatest adoption story of all time.”  So when this little one came into Adoptions With Love, proudly wearing her “Superman Was Adopted” shirt, it really got us thinking about his story once again.

Superman’s adoption story, in many ways, is about adoption awareness.  It is about a child who works through understanding his identities, his past and his present, as well as his purpose in life.  His story, in a way, also recognizes the significance of open adoption.  For Superman, coming to learn about his adoption, who he was, and having an appreciation for that history was perhaps one of the greatest gifts.   Learning about his birth parents and understanding the selfless love they had for him gave him strength.  It allowed him to grow up to be an extraordinary (super)human being.

In the end, Superman’s story is also one of hope.  Adoptees all over the world can find hope and comfort knowing that Superman was adopted, too.  Like Superman, they can do anything they put their minds to and for which they work hard.  They too can become extraordinary.

If you are as inspired as us by Superman’s adoption story, here are five other fictional heroes and heroines who were adopted.  If you are in need of a last-minute costume idea for your child, consider a Halloween costume that will make your child also feel proud of his or her own adoption story:

1. Ironman – Another famous superhero, Ironman is a favorite Halloween costume for youngsters. As Marvel Comics recently revealed, Ironman was actually adopted as a baby by the Stark family. Ironman (Tony Stark) grew up to be a boy genius, entering MIT at 15-years-old, and later went on to save the world. 2. Mowgli – With the latest Jungle Book movie out this year, Mowgli may be a popular costume pick this Halloween. He too was adopted.  After losing his father, this Jungle Book hero was adopted by a family of wolves. He is accepted by his jungle family as one of their own, as well as appreciated for his human identity throughout the movie. For this costume, all your kiddo needs is a beige long-sleeve and some red shorts! 3. Princess Leia – A favored Star Wars character, Princess Leia is the adopted daughter of Queen Breha Organa, the ruler of planet Alderaan, and Bail Organa, a senator. Her birth parents were Queen Padme Amidala of Naboo, who passed in childbirth, and Anakin Skywalker, who turned to the dark side as Darth Vader. Raised by her adoptive parents, Leia became a princess, a politician, a resistance leader, and a strong, admired soldier. 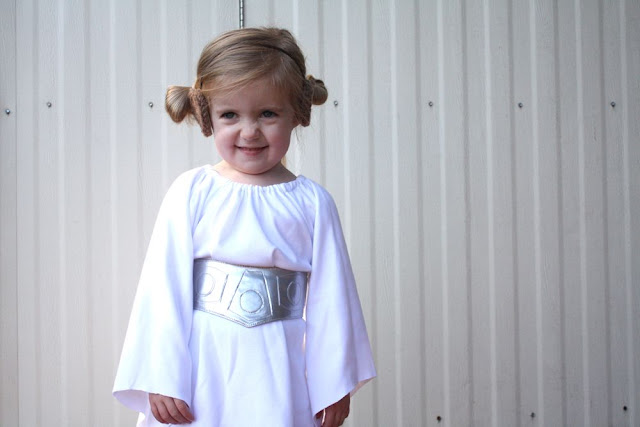 4. Dorothy – The leading character in Wizard of OZ, Dorothy is a favored Halloween costume among little girls. But did you know that she, too, was adopted? Dorothy was an orphan, who was then raised by her Auntie Em and Uncle Henry on a Kansas farm. It is unclear whether Dorothy’s aunt and uncle are her biological relatives. 5. Annie – Annie the Musical is about a passionate little red-head who grows up in an orphanage. Despite the challenges she faces, Annie remains optimistic that she will find her birth parents and will be adopted at last. Eleven-year-old Annie is adopted by “Daddy Warbucks,” a millionaire who opens his home and his heart to the young girl. Halloween is a time for self-expression and self-exploration.  This may include some theme of adoption. Aside from the spookiness and trickery, it can also be a wonderful time for children to spend with their parents.  Together, you can bond over costumes and caramel apples.  You can spend hours walking the neighborhood with your child, imagining together.  Most of all, you can use this time learn a lot about your child and how he or she thinks and dreams.