Father’s Day is just around the corner. Like Mother’s Day, though, this holiday goes much beyond gifts and greeting cards. This holiday is about celebrating dad and the family he helped build. It is a holiday in which we share our love and appreciation for the fathers and father-like figures in our lives – the men who have helped us grow, the men who remain important pieces of who we are.

There is no single, universal definition of a dad, though they all have something in common: Dads have an unconditional love for their children. They support, teach, and try as hard as they can to be the best role models they can be. No matter how they become fathers, through biology or adoption, it is this unwavering love and support that truly makes a father a dad.

This month, Adoptions With Love will be celebrating all the dads out there who have made positive impacts in their children’s lives, especially those of you who have been touched by adoption. In light of this upcoming Father’s Day, we share the inspiring stories of seven famous adoptive fathers who have made this positive choice: Not only did this famed president declare the first National Adoption Week back in 1984, he also had a deep, personal connection to adoption long before his presidency began. Ronald Reagan was an adoptive father himself. He and his first wife, Jane Wyman, adopted a son in 1945, Michael Reagan.

In a recent interview, his son Michael explains, “My parents, Ronald Reagan and Jane Wyman never referred to me as adopted. I was always their son.”

Ronald Reagan was deeply moved by adoption, and saw it as a positive alternative for women facing an unplanned pregnancy. He believed adoption was a beautiful way to grow families. In a 1988 proclamation, he wrote, “Belonging to a family is a natural and vital component of life, and every child deserves to be a member of a loving and nurturing family. For many children, this becomes possible through life in an adoptive family.”

You may know him as Wolverine, but this super hero’s two children just know him as “dad.” The legendary actor is also the proud father of Ava and Oscar, two mixed-race children who he and his wife adopted after finding out that they could not conceive. The celebrity couple tried IVF, and after Jackman’s wife suffered multiple miscarriages, they decided that adoption was the way they would 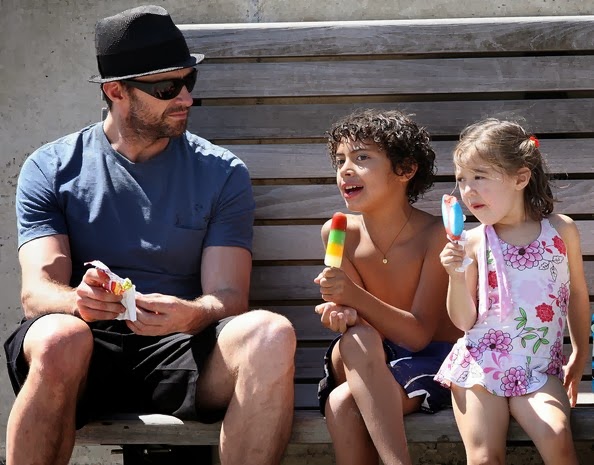 The actor explains, “’From the moment we started the adoption process, all the anxiety [of infertility] went away. I don’t think of [Ava and Oscar] as adopted – they’re our children.” Jackman firmly believes that “adoption is about taking a baby into your home — and your heart.” He claims it is the best thing he and his wife have ever done.

Hugh Jackman is not just a famous adoptive father, he is also a strong advocate for adoption and co-founder of the organization Hopeland, helping orphaned and abandoned children worldwide.

Actor Ewan McGregor is usually private about his personal life, especially when it comes to family. That said, many readers may not know that this famed actor is also the adoptive father of two young girls – Jamyan and Anouk – and the biological father of two more – Clara and Esther. While he has not spoken publicly about adoption, McGregor does offer some advice on parenting and the secret to fatherhood:

“I’ve tried to make sure that my daughters felt that they were each very special to me, and that I’d always make time for them – I think that’s one of the most important things to do as a dad. You need to pay attention.” He continues, “I realize it can get boring playing with really young children – telling a story over and over again, let’s say – but the secret is being there. If you’re playing with your children, then play with them. Don’t start reading the papers on your desk or sneaking a look at your computer. You need to turn off your BlackBerry and lose yourself in their world. Even if you do it for a short time, it will mean a lot to you and to them.”

Olympic gold medalist, famous figure skater Scott Hamilton is also an adopted person who has another title to write home about: adoptive dad. Hamilton, once adopted himself, is the father offour children: two biological sons (Maxx and Aidan) and two adopted children from Haiti (Evelyne and Jean Paul). 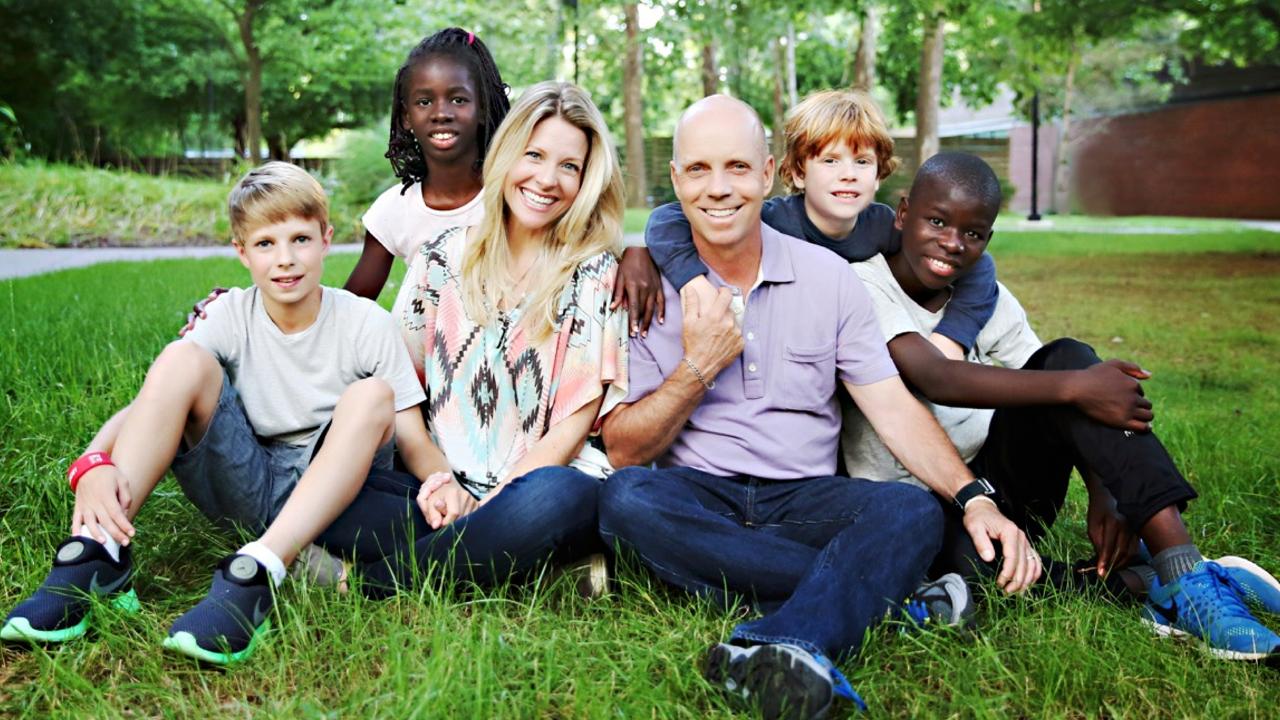 Hamilton’s story as an adoptive father began after the massive earthquake struck Haiti in 2010. His wife, Tracie, was eager to go there and help – which is when she met Jean Paul and his sister Evelyne for the first time. When she arrived back home to the states, her son Aidan asked, “Mom, can we adopt Jean Paul?”

Scott Hamilton loved these two children and loved the idea. He affirms, “We fell in love with these kids two years ago and it took us that long to bring them home… They’re beautiful, beautiful children and our hearts are twice the size they were before. We’re blessed beyond our wildest dreams.” Most known for his fatherly role in the hit TV series “Modern Family,” actor Ty Burrell takes his patriarchal role home to his own “modern” family, a family that he and his wife Holly have grown through adoption. Burrell is the adoptive father of two daughters, Greta and Frances.

He says about becoming a father, “I guess I didn’t realize that you actually fall in love with children, that like with any other relationship, as time goes on you actually love them more.”

It may not come as a surprise that the man behind Cinderella, Snow White, and the Little Mermaid was also the fun-loving father of two daughters, Diane Marie and Sharon Mae. What many of you may not know, however, is that one of his daughters was adopted. Walt Disney and his wife Lillian adopted Sharon Mae at about two-weeks-old. After the birth of their first daughter, Lillian experienced several miscarriages and was advised not to attempt pregnancy again. But the couple was not finished. They chose adoption as a means to complete their family.

“All our dreams can come true if we have the courage to pursue them.”

The adoption of Sharon Mae was left off the press for years, as Walt Disney did not want her to be known as “the adopted daughter of Walt Disney.” She was their daughter – it was that simple. Brad Pitt is one of today’s biggest-name actors, and he is also the power-father of six children: three biological and three adopted: one from Ethiopia, one from Vietnam, one from Cambodia. Go Dad!

The adoptive father states that all of his children are “as much my blood as I am theirs. And they are brothers and sisters… they have fun and they squabble and they fight, just like any other family. And it makes me so proud.”

To start your adoption journey with Adoptions With Love, please visit adoptionswithlove.org/adoptive-parents/ today.