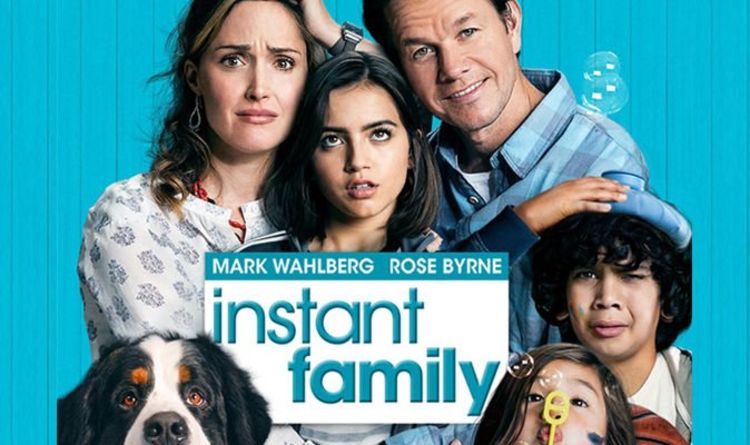 The latest Mark Wahlberg comedy to hit theaters, Instant Family, tells the story of a couple who sets out to adopt a foster child, and ultimately winds up caring for three children. The film is based on the real-life story of director Sean Anders and his wife, Beth, who took in three young siblings to foster together in 2012. At the time the children were six, three, and 18-months-old. They later chose to adopt these children and give them a permanent home.

The storyline goes into specific detail of the foster care adoption process, because, as Anders said in a recent interview with Entertainment Weekly, “When my wife and I got involved in foster care to adopt when we first were taking the classes in such, we were really surprised that we didn’t know anything about it – from movies or from TV.”

That unknown of foster care later inspired Anders to team up with co-writer John Morris, to share a story of adoption with a playful mix of humor and heartfelt drama.

Instant Family, released this past November 2018, follows Ellie and Pete Wagner, a successful house-flipping couple (think Chip and Joanna Gaines). After an ongoing discussion about having children, the two decide to explore the foster parenting world. They initially seek a young child, as many prospective adoptive parents do, then talk about adopting a teenager because of how many need a home. The couple eventually welcome a teenager and her two younger siblings home. This is just the first of many instances in which Instant Family properly addresses the foster parenting journey.

Often, hopeful parents seeking to adopt from foster care wish to adopt a younger child. However, as is the ongoing focus of National Adoption Month, there are many teens in system in need of forever homes – currently, over 13,450 children between the ages of 15 and 17 are in foster care. Not to mention, many of the children in foster care are siblings, which can make finding a forever family more difficult. Federal legislation and child welfare as a whole both emphasize the importance of keeping siblings together whenever possible. It is three siblings that complete the Wagner family in the movie, Instant Family.

Throughout the film, the Wagners face many challenges. Some of these challenges are typical with caring for any child, and some are unique to children who have been in the foster care system for some time. Either way, the many circumstances the Wagners face are both relatable, touching, and, at times, humorous.

Mark Wahlberg told the Associated Press that the filmmakers were very careful in the way that adoption was portrayed throughout the film.

“We always talked about, ‘Is this too much? Is this pushing the envelope a little too far?’,” Wahlberg said. “It can be really hard and it’s honest in that way that there are a lot of great times, there are a lot of difficult times, but ultimately it’s so rewarding and that’s what it’s all about.”

Instant Family is sure to be an instant family favorite for foster and adoptive families. It strikes the right balance of entertainment with comedic parenting moments, combined with genuine relatability for those who have faced the challenges that come with the foster care system.

The film does a great job at addressing the “white savior” myth associated with fostering, while also addressing the terrible “just in it for the money” types of fostering parents. The filmmakers made it a point to include a variety of ethnicities, sexualities, and genders in the character roster. In addition to his own family’s adoption journey, Anders said he also pulled inspiration from other adoptive families, to reach a wider, more diverse audience and to give a more accurate depiction of the modern family today.

Tig Notaro, who portrays one of the clinical social workers in the film, says the Instant Family adoption story has a real message and actually takes an honest look at adoption from foster care:

“I think this is a pretty realistic portrayal of that world and it’s like, ‘Sure, this is tough and scary but there’s a lot of tough and scariness in the world, but here’s the great part of it all,’” she said. That’s where the humor in Instant Family works so well.

As Sean Anders explains, “There’ve been great movies about the subject of adoption and foster care, but unfortunately they a lot of times focus on the trauma and the tragedy. They leave people walking away with feelings of fear and pity and negativity and that sort of adds to the stigma. I wanted to make a movie that doesn’t shy away from the kind of tragedy and trauma that is involved with it, but also gets into the laughter, love, and the joy of a family coming together in that way.”

The creators of Instant Family hope that this one will be appreciated by parents of all kinds, shapes, and sizes. There also could be a positive message here for anyone considering growing their own family through adoption.

As Wahlberg said, “I think knowing that there are a lot of kids out there who are in desperate need of a home, hopefully that will pique people’s interest and make them kind of look under the hood a little bit more and hopefully look into bringing foster children into the home and eventually adopting.”

Sean Anders continues, “I would encourage anybody making a film on the topic of foster care to make sure that they touch on who these kids are, and that even if they’re hurting and even if they’re coming from a traumatic place, that they’re still just kids who need love, and need moms and dads at homes to live in. And that these kids are also really strong. A lot of times they are stronger than your average kid, because of what they’ve had to persevere through. So I just wanted people to have a better understanding of who the kids are.”

Learn more about adoption at Adoptions With Love. Our caring staff is available to help you grow your family, and can chat 24 hours a day, seven days a week.